Breaking through into free painting 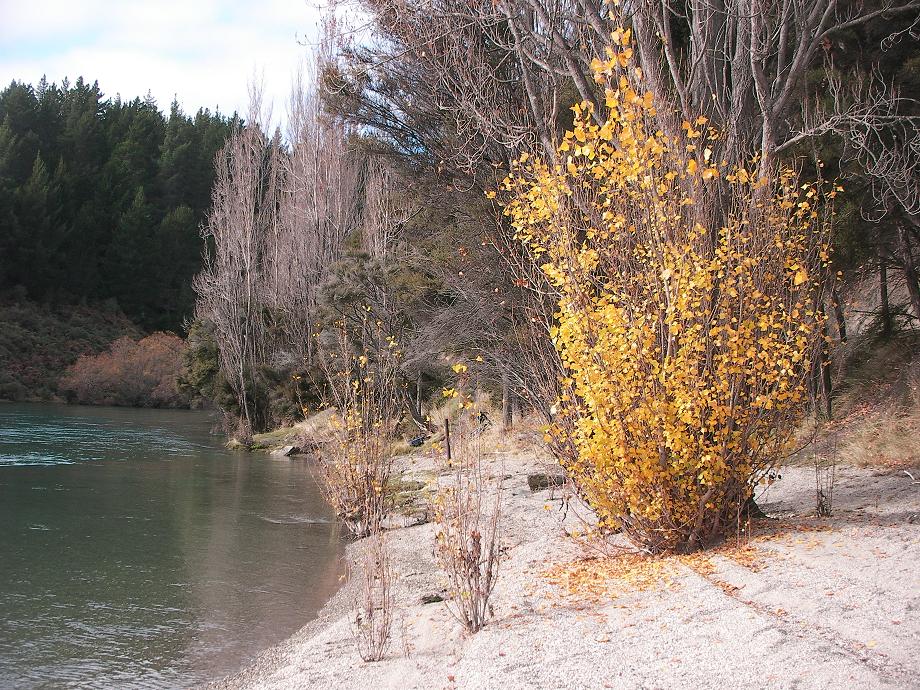 I’ve learned so much over the past 4 days it’s hard to get my head around it all. I feel so lucky to be down here painting in this fantastic place. I can see why so many painters move here for good. Yesterday I had the great good fortune of starting of the day in a sour mood, probably brought on by the completely overcast sky- not what I was hoping for. It was 11am before I gathered the willpower to pack up my paints and cycle 5km along the riverside in the hope of finding a scene which would inspire me out of my gray funk.

Nothing presented itself. Finally I stopped cycling and sat on the pebbly beach in despair. The gray weather persisted but after a few minutes brooding the autumnal trees along the shore caught my eye as a possible subject. Even in the gray light the golden leaves looked cheery by comparison. After another 10 minutes of scouting around the scene I set up shop and got to work.

I had begun to talk myself around, feeling that I could perhaps manipulate the lighting in the painting to my advantage. Soon I had the canvas covered and was painting in earnest, painting on the fly, painting with gusto, with passion, with guts - I even started singing. As the painting evolved I made faster and bolder decisions, feeling more like a real artist than the copiest I had been the previous two sessions. I decided where I wanted the light and just put it there. The gray clouds still did not budge, so I took the colors I needed from nature and figured out the others when required. 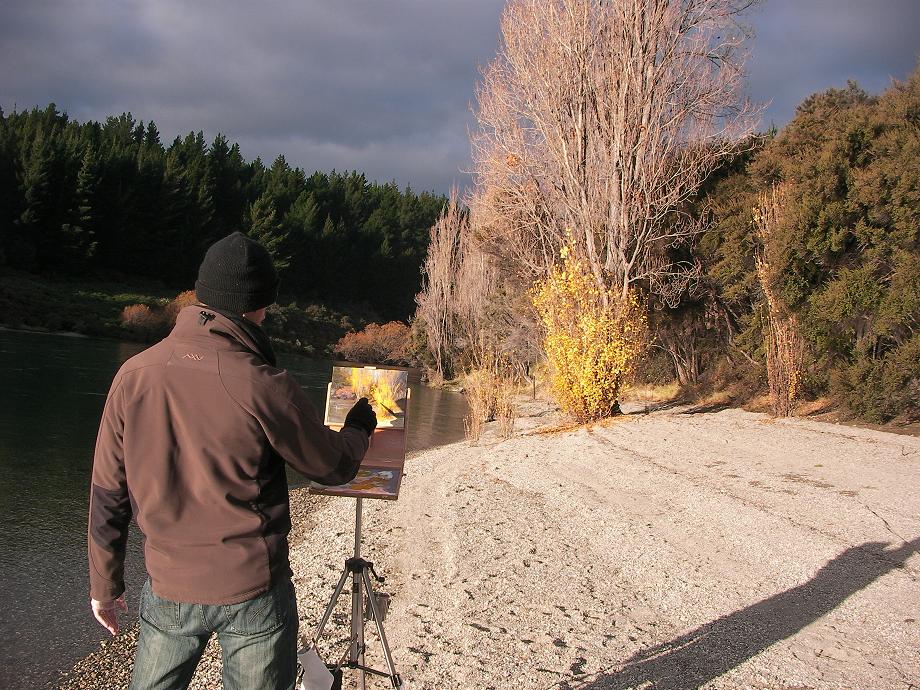 After 3 hours I was finished and happy and as I signed it the almighty Sun decided to make an appearance. It sliced through the clouds and poured onto the beach in front of me - revealing the very same lighting I had just been inventing in my painting - finally! It was as if God was validating all the day’s struggle in a single sun-kissed moment. You know what I love about believing in God? Being able to say thank You. 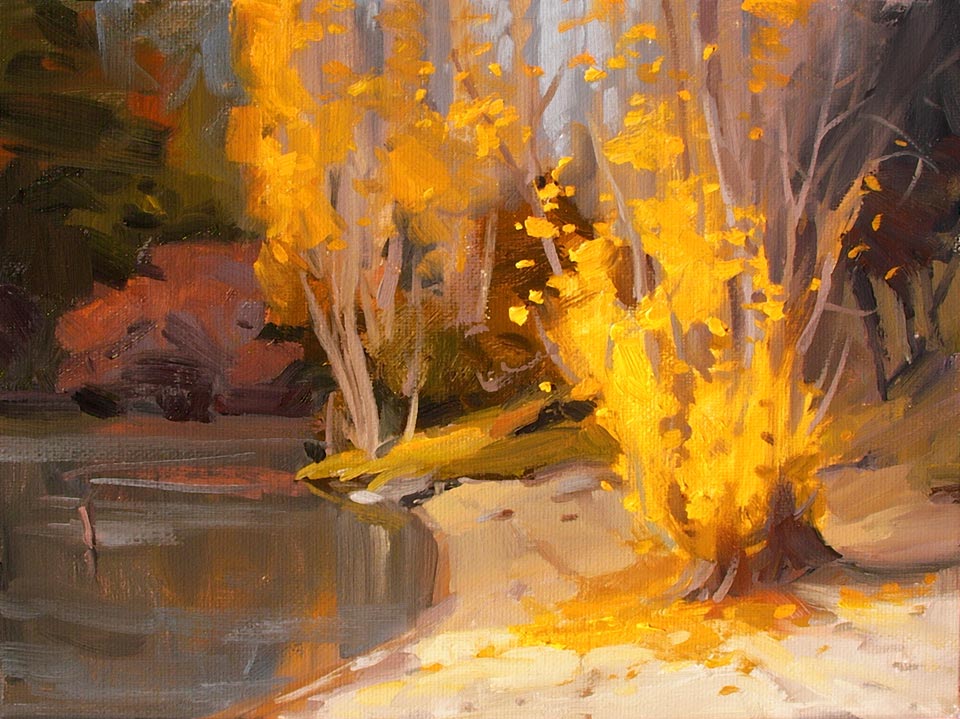 So that was yesterday. Today was even better. The sun shone all day with barely a cloud in the sky. I drove around Lake Wanaka to return to Saturday’s unfinished painting, set up quickly and had it finished within the hour. Moderately happy with the outcome I packed up and paid a visit to Christy and Ken in the Art-Up-Stairs Gallery where I’ll be holding the workshop this weekend. 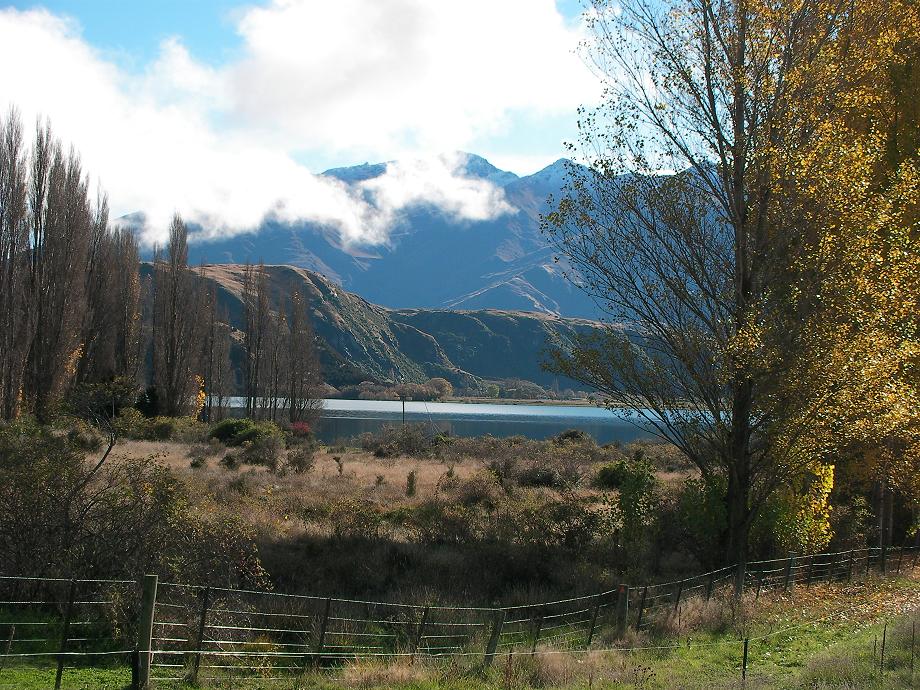 After a relaxing hour and a half of coffee and home made muffins I took to the road again in search of the next likely scene. I found it within a few minutes whilst passing over a bridge. I was setup within minutes and painting furiously, determined to make a passionate painting to shame the morning’s stilted attempt. 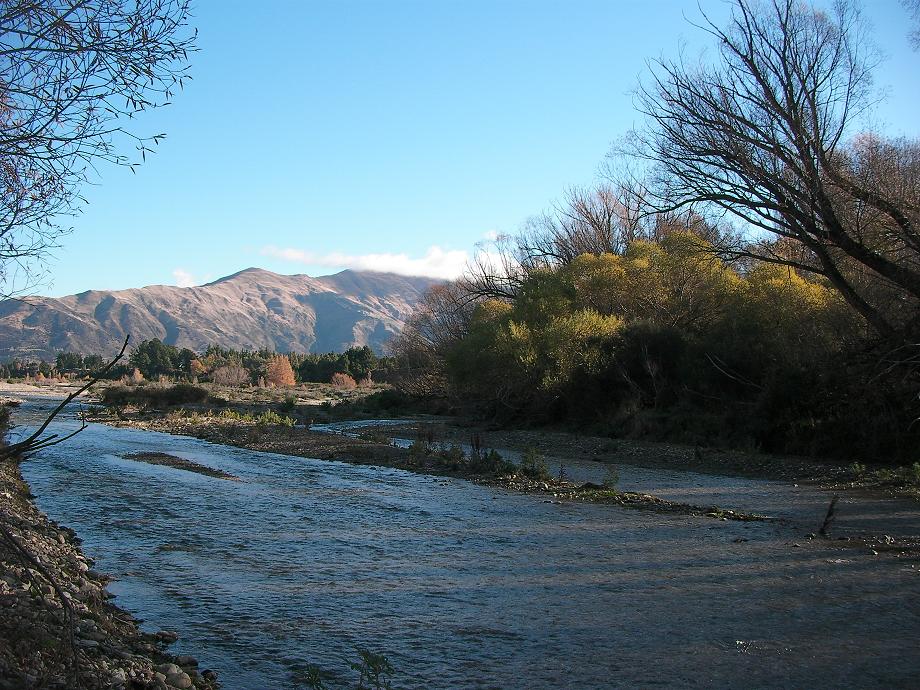 It all came together. This time I decided to use the scene as inspiration and not be shackled by it. I painted the scene how I wanted it to look rather than exactly how I saw it. Part of me expected a bad decision to ruin the whole thing at any moment but my brush seemed to know what it was doing so I let it paint for me and tried not to interrupt 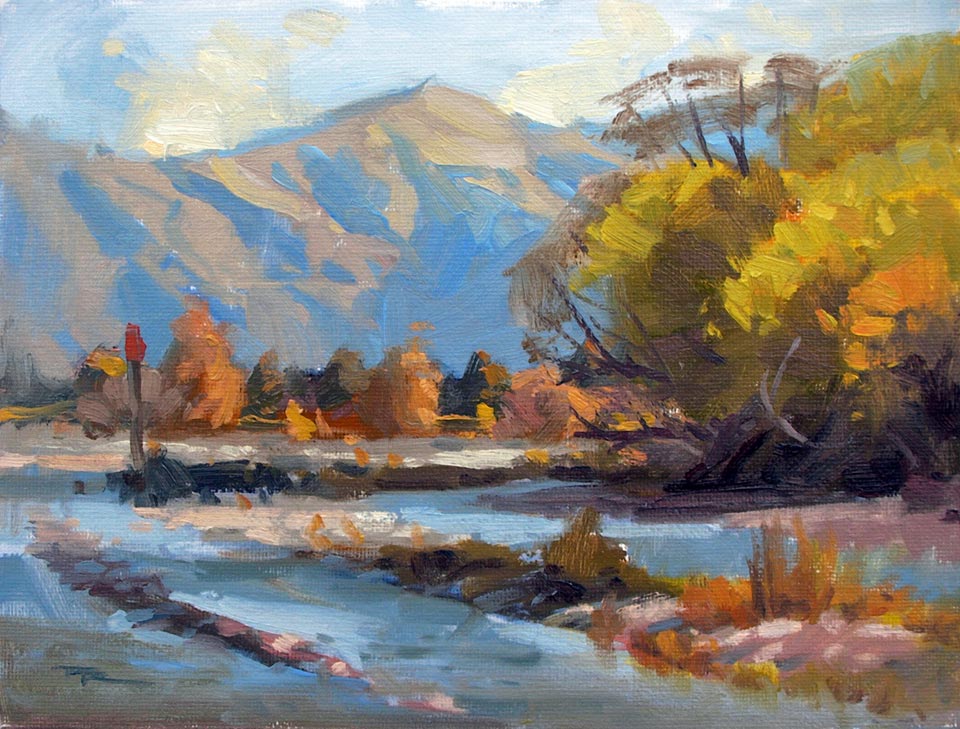 After only one hour and twenty minutes I had signed it and was in the truck riding a high all the way home. Don’t get me wrong - I know these aren’t the greatest paintings in the world, but they feel good to me, and that’s enough to make this painter happy.

Comment by Dennis Clark on May 20, 2010 at 13:34
Great stuff! The actual photographs and the finished paintings are great for showing that one should not normally copy a photograph straight off - or scene in front of you. 99% of the time a straight copy turns out to be a dull painting and is frustrating for the beginner because he knows something is wrong but does not know how to rectify it. Posting this type of work on a blog is very educating for beginners - even professionals at times. Keep it up. Looking forward to some more! Cheeers.

Comment by Richard Robinson on May 19, 2010 at 16:32
Thanks Merv. The easel is from www.artworkessentials.com it's called a Prochade Easyl. Best I could find after lots of research and it works a treat.

Comment by Merv Appleton on May 19, 2010 at 15:35
Richard, I like your traveling easel, is it made from an old camera tri-pod or can you buy them like that.

Comment by Merv Appleton on May 19, 2010 at 15:31
These are just great Richard and have inspired me to get out of my studio and do it. thanks for sharing you work and experiences