Painting from a photo 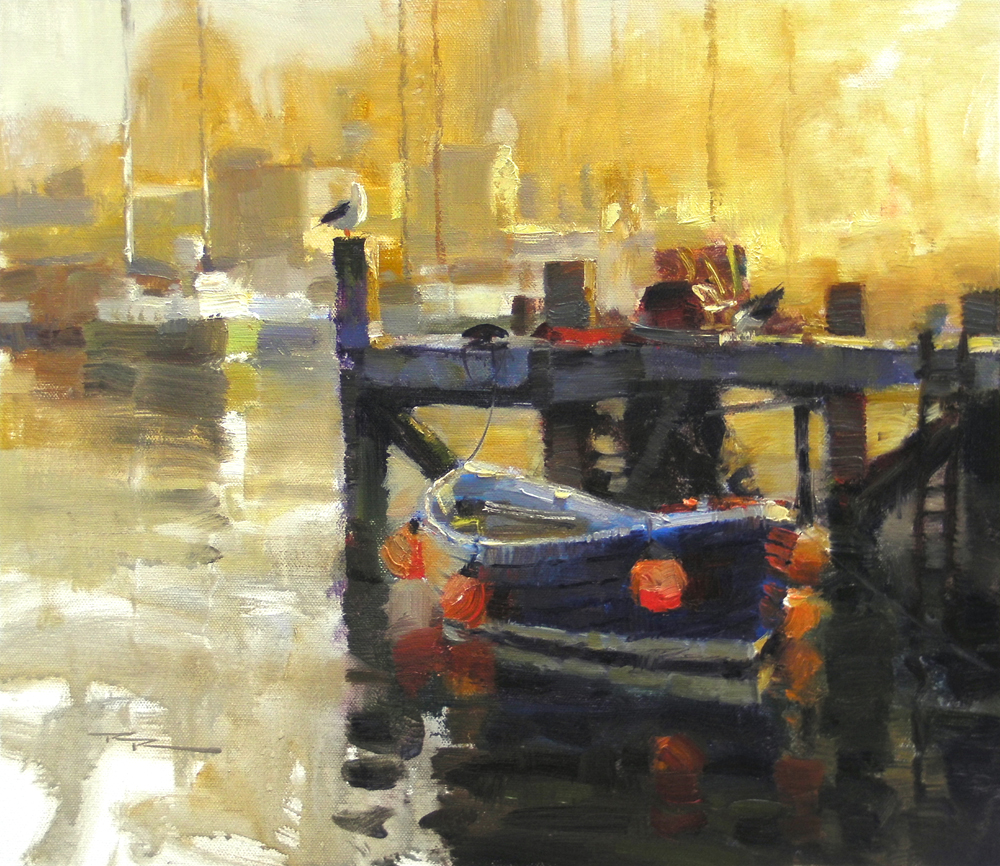 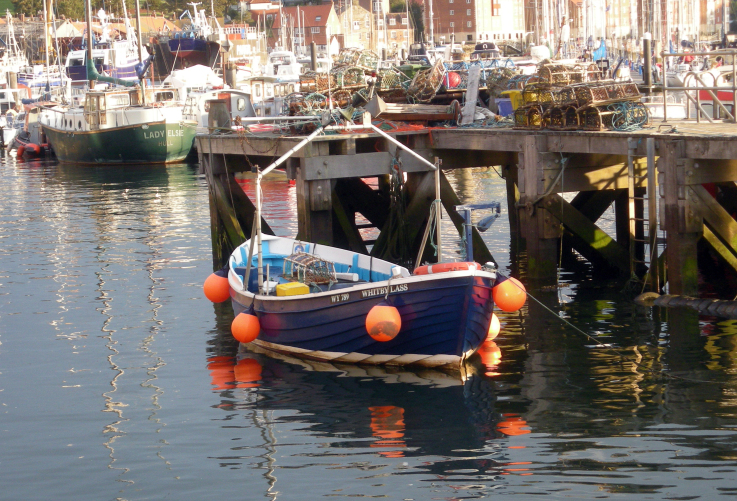 Photo by John Warren at http://paintmyphoto.ning.com/photo/whitby-lass

Thought I'd try my hand at painting from another photo so I grabbed one off paintmyphoto.ning.com, and set to work yesterday producing this 13x15" oil on canvas. The basic idea was to have a big value contrast between foreground and background and I thought it would be nice to have a glowing golden light in there to contrast the foreground in cool shadow.

Looking at it again this morning I flipped the image in photoshop (the same as viewing the painting in a mirror). I suddenly realised that the photo I was working from was taken at a slight angle, and so my painting inadvertently adopted the same skewed angle, although not quite as badly. It's easiest to spot in the photo by checking the verticals of the buildings - they're all leaning to the left a little. So that's another lesson learned - never assume that a photo is perfectly aligned.

Janet- thank you for that!  I have the same issue but never thought it might be the glasses.  hmmmm.  Patsy Heller

I recently discovered that the reason all my painted buildings lean to one side may be because I wear varifocal lenses in my spectacles.  Now I carry a small set square to check verticals!

Learning to squint and simplify all of that is my biggest problem. I think this is a great painting.

Comment by Lisa on January 4, 2014 at 14:10
Great painting & I have always love your interpretation of a scene into a painting.

This is a beautiful painting.  You sir are a magician…

Fabulous golden evening light! Another beautifull artwork! Happy New Year to you and your family! George

I love your paintings, and your seagulls!!!!!