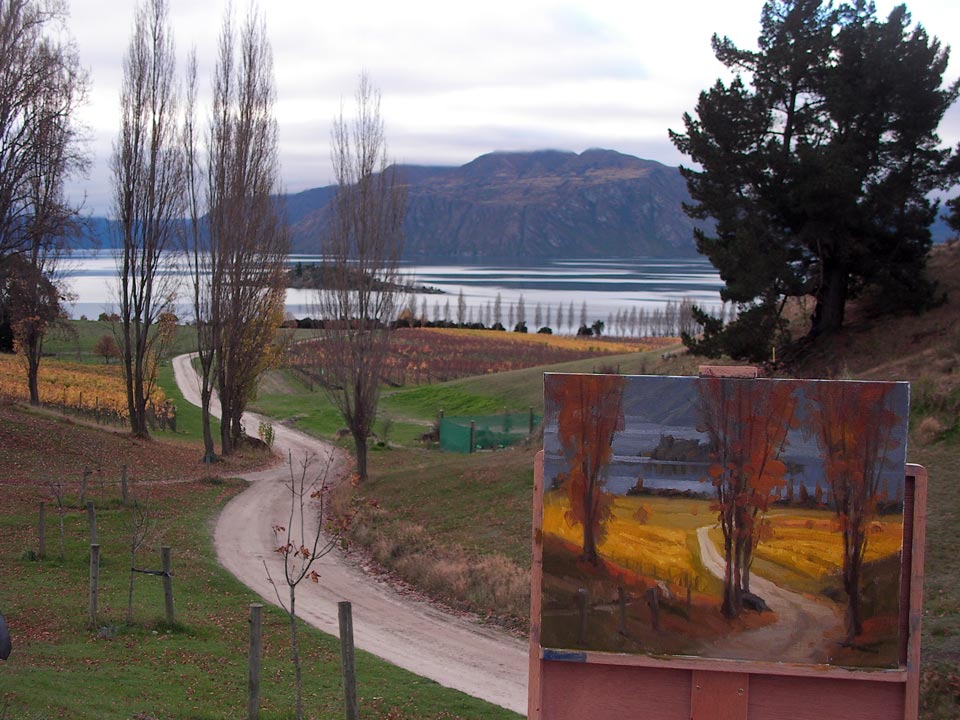 Again very gray weather today and very cold - they reckon snow’s on the way for this weekend so probably won’t be teaching an outdoor class unfortunately. Definitely felt like snow was coming today - F-Reeeezing out there. Braved it anyway and setup at Rippon Vineyard just out of Wanaka. Met the owners who had me sign a legal document saying I wasn’t going to use the painting for commercial imagery without their consent - first time that’s happened! Turns out their vineyard is so beautiful it’s imagery tends to get ripped off a lot on foreign products so I can see their issue. Very nice folks though, and they let me wander around anywhere to choose my spot which was nice.

Again with the gray day I chose to invent my own lighting, though that proved pretty tricky with this one - I think because I was trying to invent too much that I just didn’t have the experience to know so the colours tended to come out a bit too basic - just not the subtlety I would have liked. 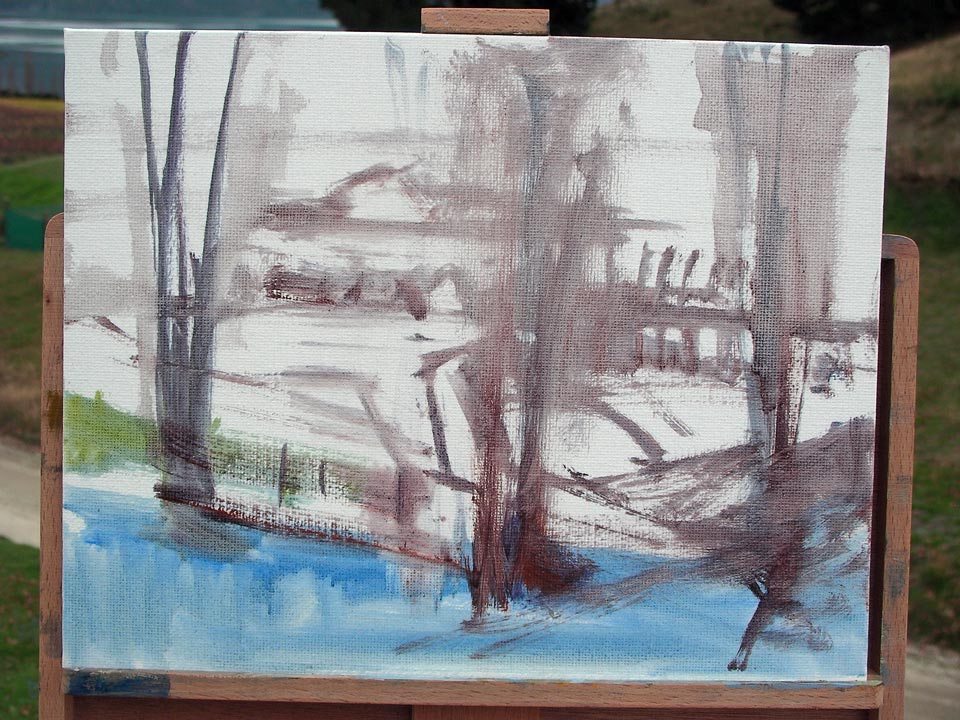 The sketch in (after a wee notan study). 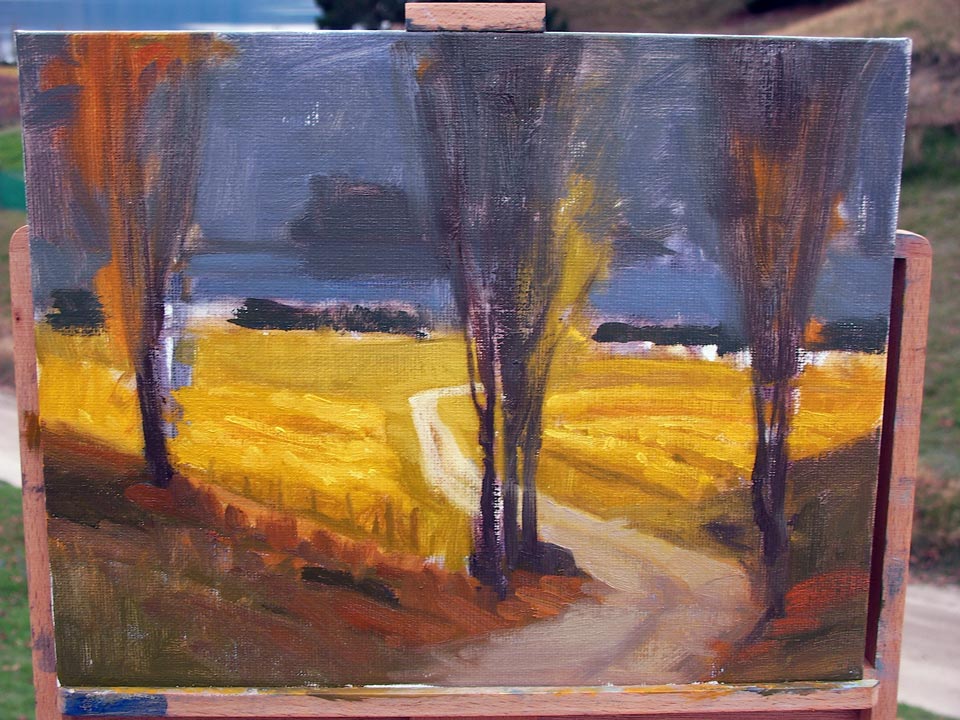 A little while after the block-in. Setting up the large colour masses. 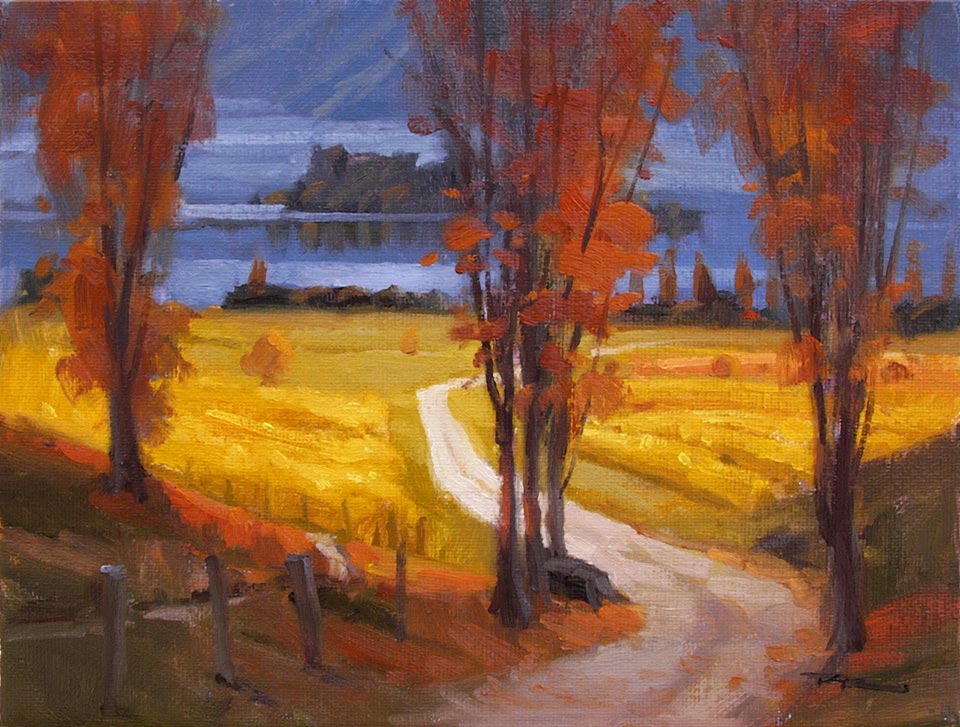 One thing I did like about it was my idea to make the light area glow by raising the value of the darks there and pulling all the colors towards the yellow a little - giving an appearance of glowing yellow light infusing the whole light area. Would like to play with this idea some more. Notice too the orange added into the tree trunks in front of the light road to aid with the glowing effect of the light area. A little over done perhaps, but you get the idea.

Very nice to come home to a roaring fire after only 2.5 hours in the cold. Another hard day at the office. :-)