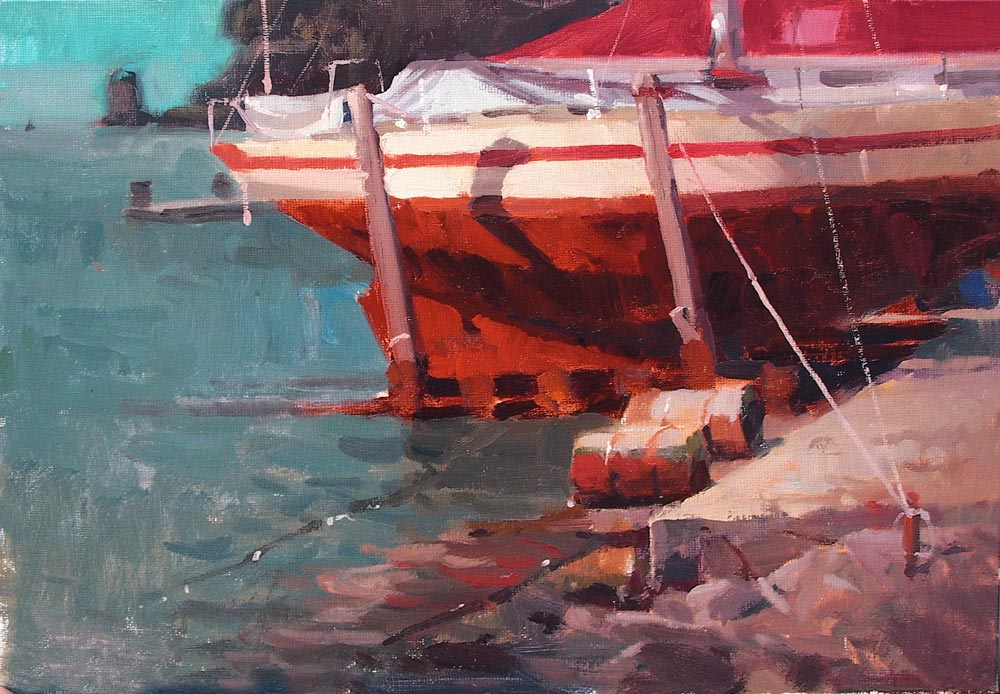 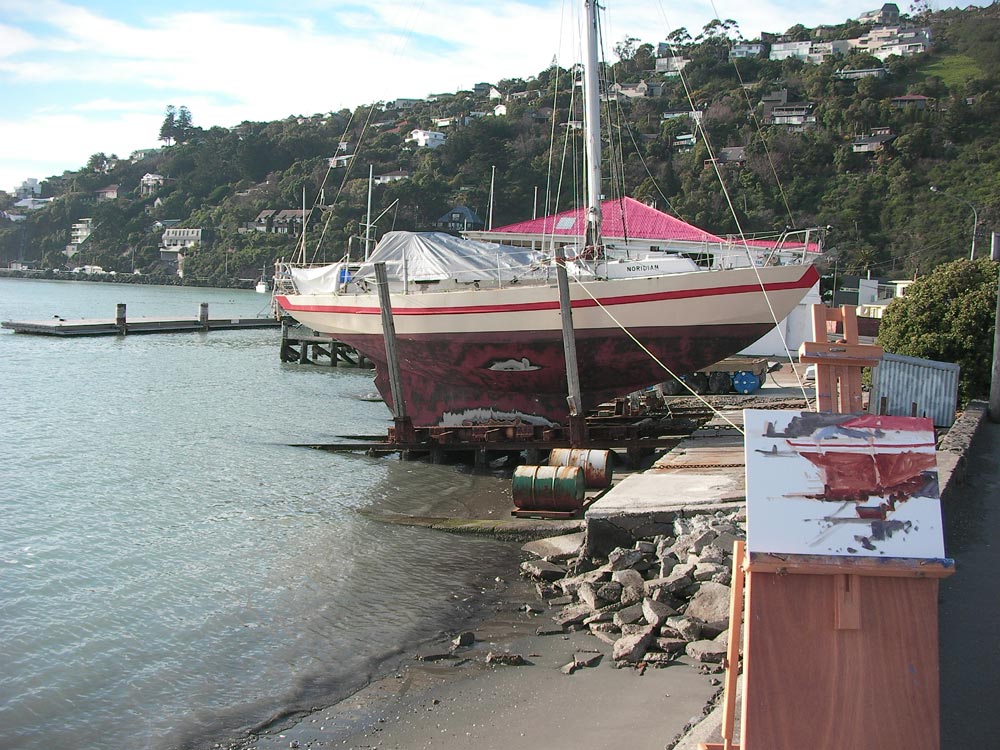 Spent a great day painting in the sunshine with a friend Simon Kramer from Christchurch (South Island of New Zealand). It's so nice to paint with other people - where I don't have to teach and it's not for a commission - just the simple joy of painting - nice and simple.

This boat apparently threw it's mooring in a storm and got a wee bit damaged. While we were setting up Simon joked that what we needed for interest was the boat's owner to come along and do some work on it. Low and behold he turned up 5 minutes later with a ladder. Simon got that in, but it was at the front of the boat which I didn' t include. As Simon said, we could just about have sellotaped our paintings together to get the whole boat in since he did the front and I did the back.

It was nice having so many people stop and chat with us throughout the day - it turned out to be quite a busy little area. Any more would have got a bit annoying but it was just right as it was. A day well spent.