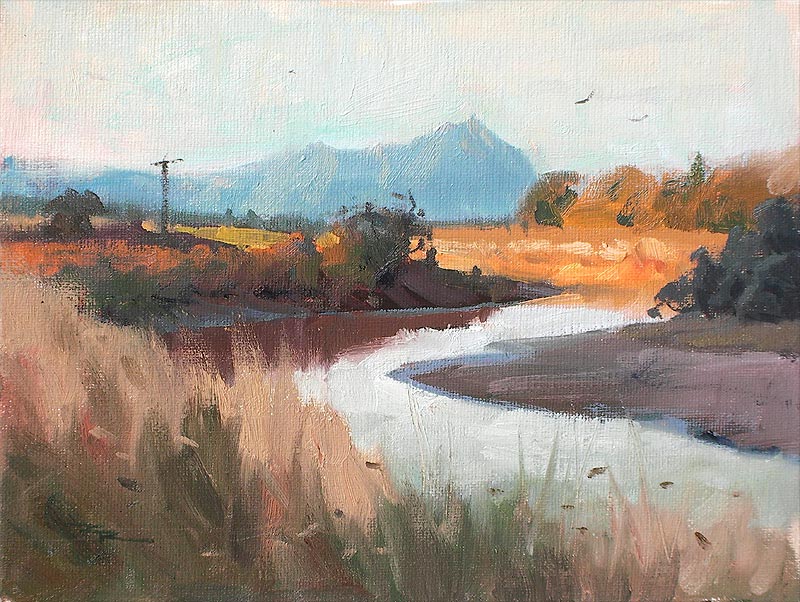 Got out painting last night from 6:30pm till 9pm just down the road in the Ruakaka estuary trying to get a better handle on this plein air painting business. Turns out it's really tricky - even after quite a bit of practice. The light wasn't quite right to continue with my previous painting so I turned around into the light and did this little sketch until the sun came down a bit. Wasn't too concerned with getting the exact colors right in this sketch, more about getting the relationships right and building an simple color composition. In that respect I guess it worked ok, but the central strip was supposed to be a big cast shadow across the field - not sure that the relationship is correct there because it looks like something other than a shadow - or perhaps my lack of a clear halftone between the two is the problem. Helen thought it was beautiful anyway, so that's something. 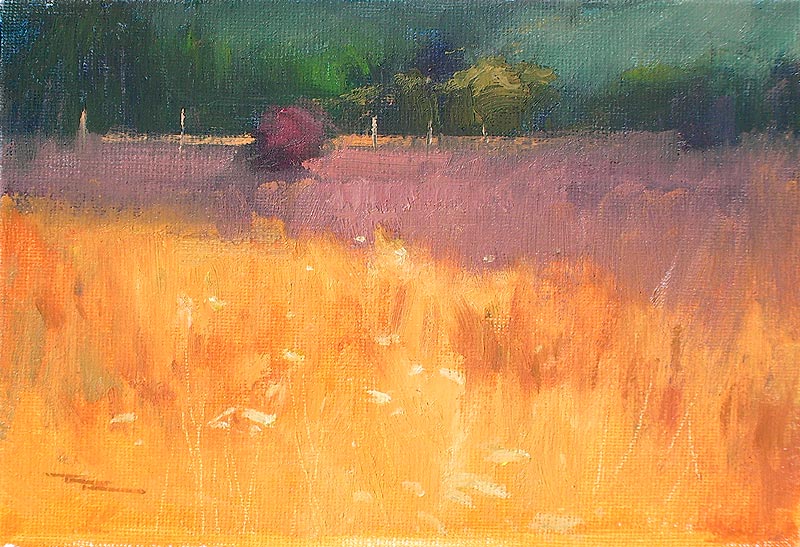 So the sun came down and I turned my easil back around and continued working on my previous painting of the river. It was SO much easier having my first attempt on the canvas to compare to the scene. It was just a game of spot the difference. Suddenly I could see the sky was far too warm, as was it's reflection and my mountain was to dark. I was really trying to match the colors and relationships really closely with this one and not play around with it too much. I push colors and values around in most of my studio work so it's nice to get back to basics and just paint what's front of you. So it's not the most awe inspiring painting of all time, but it served it's purpose as an exercise to whip my brain into shape. 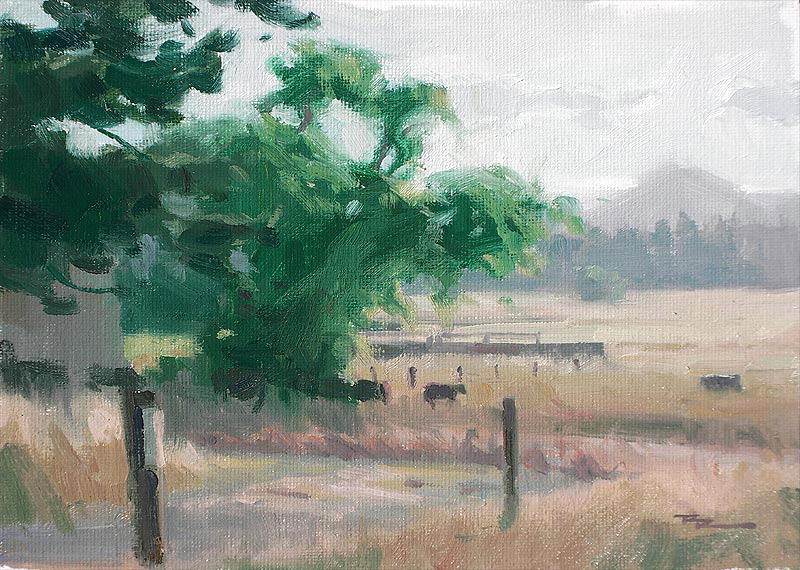 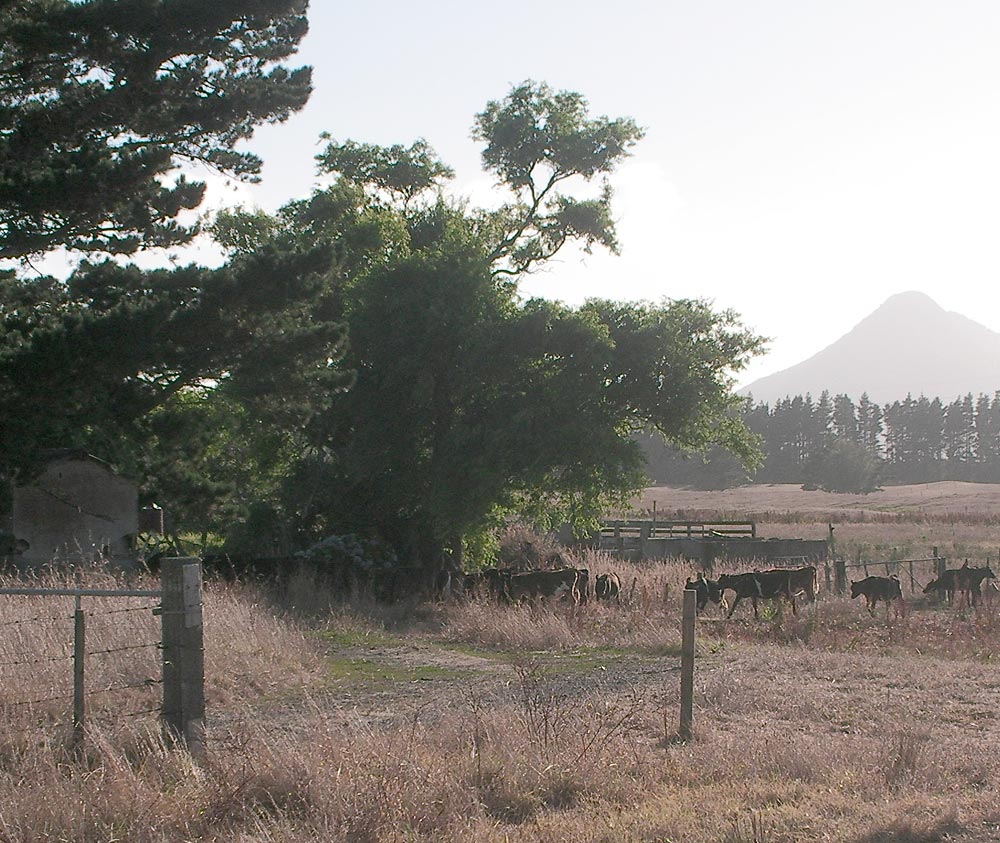 I enjoyed the challenge of painting out there so much that I got up at 6:30 this morning, jumped in the car with my paints and drove about 5km down the road to till I found this nice little spot on the edge of the road. It looked so good just looking out the car window that I just stayed in the car and painted from the driver's seat. This turned out to be great for the light because the car roof stopped the sun shining in my eyes. Again with this one I was trying really hard to just get the colors and relationships the same as I was seeing them. I think I got the value pretty spot on if you look at the black and white photo of the painting, but the shadow side of the tree turned out a little too green. I was amazed at how green it looked when I got it back to the studio - it looked much more subdued in the car. I guess it was because I was painting nearly directly into the sun so the whole scene was very bright compared to the relative shade of the car which would mean that my pupils would be closed right down looking into the light and that would make my painting look darker. You would think that my eyes would adjust, but when I'm painting my eyes are flicking back and forth between subject and painting. Took 2 hours to complete this painting. The only real creative licence I used was in darkening the forground a little to keep the eye off it. A bit disappointed with the drawing now that I compare it to the photograph, but I'm focusing more on the colors so I guess something's gotta give. I was happy with the infused light effect I used in the tree foliage - that happened pretty easily.
Anyway, I enjoyed the challenge, and the benefits of dragging myself out of bed early and I seem to be getting somewhere, slowly. I've been SO inspired by Kevin MacPherson's plein air work - if you want to see a real master at work instead of my bumbling efforts take a look at his Reflections on a Pond project - just beautiful.