Not sure of the name of this beach but apparently it's where they filmed part of the tv series 'Lost'. Nice spot to get lost.

Had a pretty intense paint out this morning with 4 other painters - 3 of whom were very experienced painters which gave me the exciting but daunting feeling of 'oh, well I better do a good one then!' I was the slowest of the bunch - once again I was really pushing my brain - it's a lot like going to the gym, exhausting but worthwhile in the end. The trickiest part was trying to get this big shadow across the foreground and organising the rocks into a recognisable but not too obviously constructed organic pattern which reads easily (but not too easily). See, exhausting just writing that. As I always say, it's getting there, getting there. One day I'll get there right? :-)

Had a great time chatting with the other artists and had my first look at a Soltek easel which looks great - sturdy and fairly lightweight although the retractable legs are prone to wearing out apparently. My painting buddies today were Kelly Turner, Susie Anderson, Roger Whitlock, Lynne Boyer, wonderfully hosted afterwards by Barbara Ritchie. Next time I will try to get photos of the other artists paintings because they were all great and Lynne even sold hers there on the beach. Great to be in a group where I'm inspired to paint better - that's exactly what I'm here for. 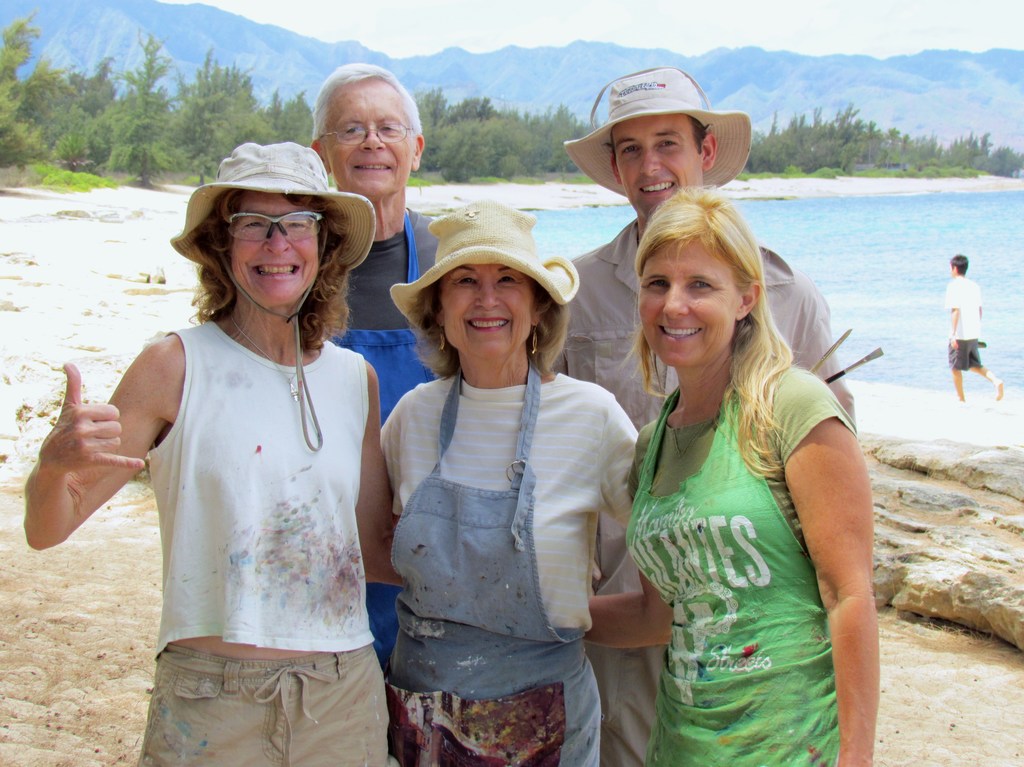 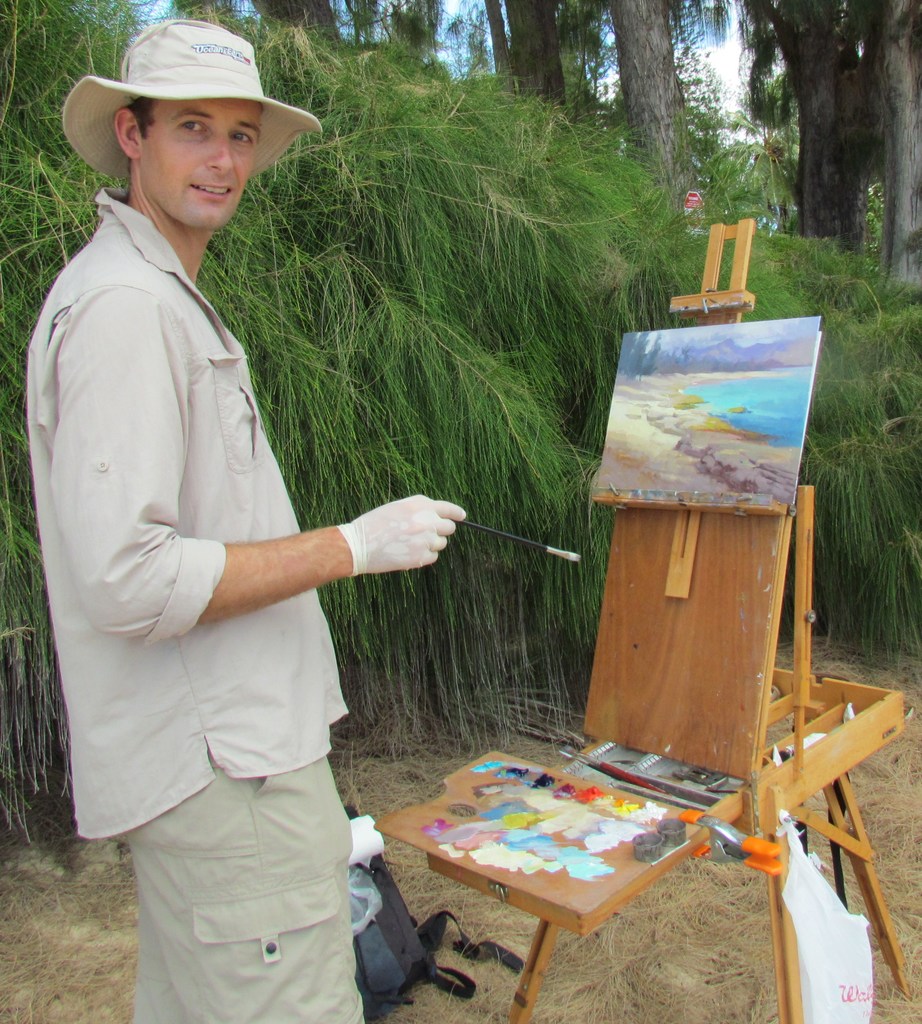 Wonderful painting!  Thank you for sharing your thoughts about your process.

Loose Lovely and great feeling of sence of place Love it.

Actually I am not a fan of big color and am trying hard to take it out of my own paintings and I think your color is very nice. You did well on those rocks that I would like to be walking on and those little splashes around the jeweled water leading onward to that secluded beach that I want to be at. Ok...I'm done dreaming. Good work Richard!

A good days work I see... Lovely little slice of paradise at lost beach.  Hope it was an enjoyable day!

You did it very well Richard in your unique style! With a limited palette you obtained the atmosphere and nice perspective. This is totally different to artists in Hawaii and USA coasts who are using lot of color in their paintings such as Susie Anderson, Mikki Senkarik (with her work "secret cove" for example). Happy painting! George