5 Men in a Small Russian Car

Hi guys, just got another email from Eric Rhoads about the upcoming painting convention in Las Vegas (in a round about way), which I thought was very intriguing in terms of the Russian influence on the plein air painting movement...

Matisse: The line that pulses with life…

Hope you can help me with this........... Richard says "You will find that you can actually crop your image on this website once your image is uploaded: just view your image, hold the mouse over the image and then click on 'Photos Stickers & Effects' in the top right corner of your image, then choose 'Crop'. You can also change the contrast and things like that to get it looking a little closer to your original painting." I have tried to use this cute little thing and when I tried to…

Painting on a Gray Day

Can't see the video? Watch it on youtube here: http://www.youtube.com/watch?v=FGhFWbCT4gg

Hi guys, if you've ever looked out on a gray day and been at a loss for painting…

I've just received this email from Eric Rhoads the Art Publisher. This is the largest plein air (outdoor) painting convention in the world and I'm going to be the first speaker on stage. (I'm a bit nervous but I hear that's a good thing). If you would like to join me there in April this year please use my special code RRNZ save $100 off the registration price. Some of the best painters in the world will be there sharing their experience - I'm really…

My heart is pounding and singing!

The best thing I have done for myself in many years is to join Richard Robinson's Online Workshop. No more putting it off I am learning how to paint. My attempts at age 73 are kindergarten level but at least I am finally in school and applying paint to canvas.

Thank you Richard and all members who encourage me!. .…

IT'S NOT KIKI MARKET

If you Paint it They Will Come 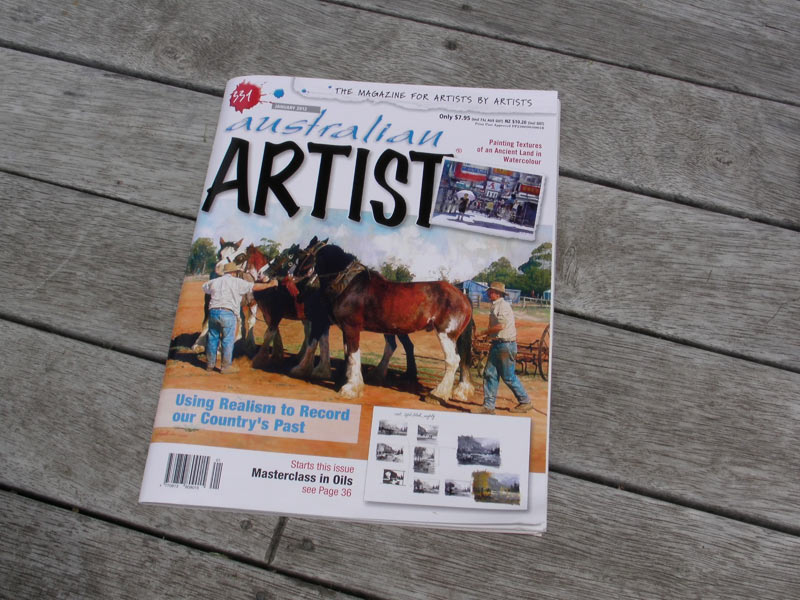 Hi everyone, got this a couple of weeks ago and forgot to post about it till now I've been so busy lately. Our monthly painting workshops are now featured in the Australian Artist Magazine and next in the International Artist Magazine which have a combined readership of about 120,000 people. Below you can see the 4 page spread inside and the members painting that have… Trying to keep it loose was a definate challenge. I don't mind how the bottle turned out. 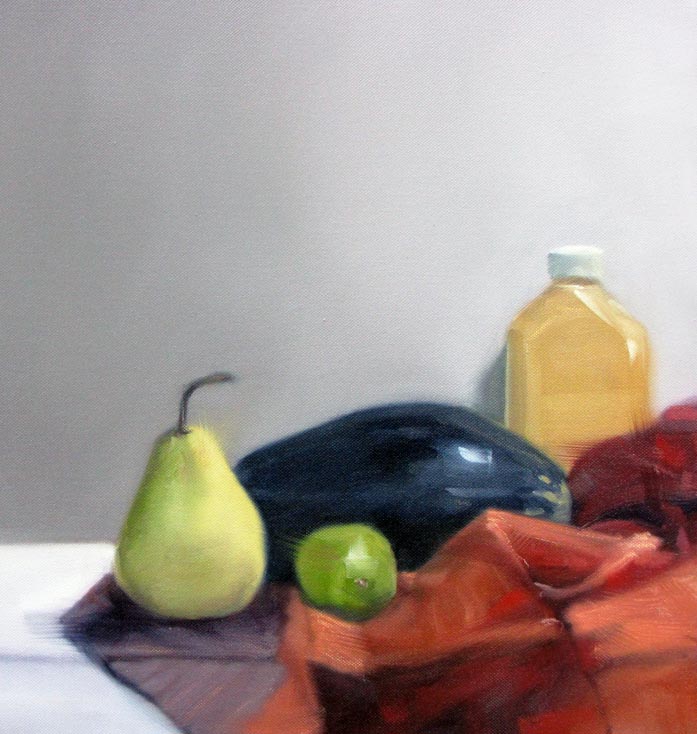 A New Year and a New Beginning

It's been a very tough few years for me and I haven't been either in the mood to paint or unable to even think about doing it. I think if I get back at it I will have a much better frame of mind. I saw a quote yesterday that I posted on my wall:

"All that we are is the result of what we have thought."

I need to do what makes my heart pound! Painting is top on the list if not no. 1.

Statement of my motivation

My motivation: "Everything has been painted but not by me"
Son of a house painter so was my grandfather, and therefore paint and color is in my genes
I was born in 1943.  To further professionalize a lifelong hobby and a sound basis for criticize, I follow different courses.
Painting is an emotional experience, one is not aware of time and place, there is nothing but the magic of the hand and the paint. My goal is to painting an object and not primarily an image. I actually do…

Translation from Dutch to English from the text on my website http://www.jko.exto.nl/

My motivation: "Everything has been painted but not by me"
Son of a house painter so was my grandfather, and therefore paint and color is in my genes
I was born in 1943. A solid education I received the watercolor painter Jacques Maris from 1988 to 1992. To further professionalize a lifelong hobby and a sound basis for criticize, I follow different…

Hi, I am a new member also. I am painting after raising a family, working, and owning a business. This year I am traveling around attending workshops with other artists. I have been working with a group from my church, we oil paint every Tuesday in my home. I live in Lake Charles, Louisiana. I just attended the Art of the Carolina's in November... it was great. Also went to Denver to do a workshop with Carol Nelson she does abstract mixed media with acrylics. I follow the Daily Painter,…