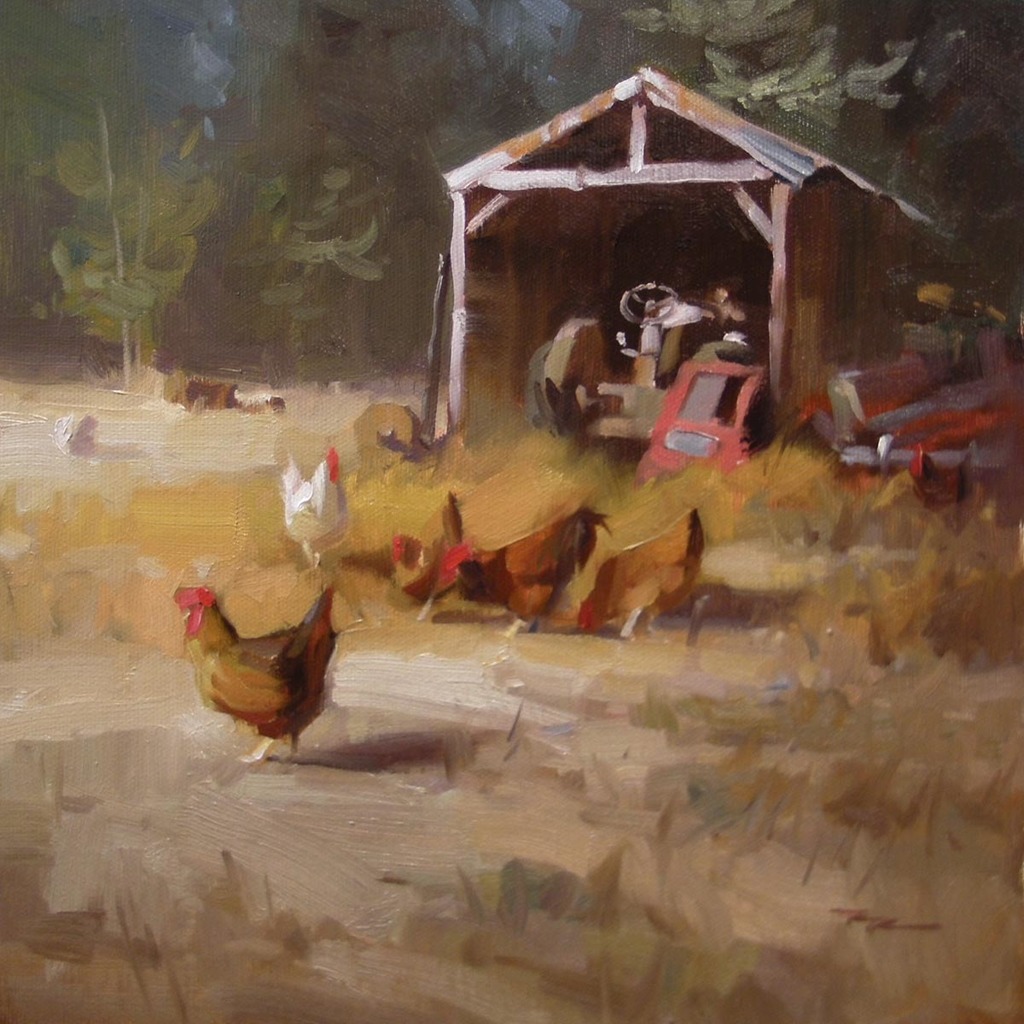 "Chicken in Paradise" 11x11" Oil on Canvas by Richard Robinson.

Painted this yesterday. Hope you like this one guys as it's the subject of our next workshop which will begin on the 1st of July.

Had a day snowed in here with no power. Heaps of big fololopy…

Why is it when I go to bed at night, exhausted from a long day, lay my head down, close my eyes, start to relax and just on the edge of sleep my brain is creating images and ideas for painting?  I have tried to keep a sketch book on my nightstand, however, it is usually so late that I don't want to turn the light on and wake up the hubby, especially when having to wake up at 4 am to get him off to work.  Argh.  So many ideas and…

Painting in the South Island 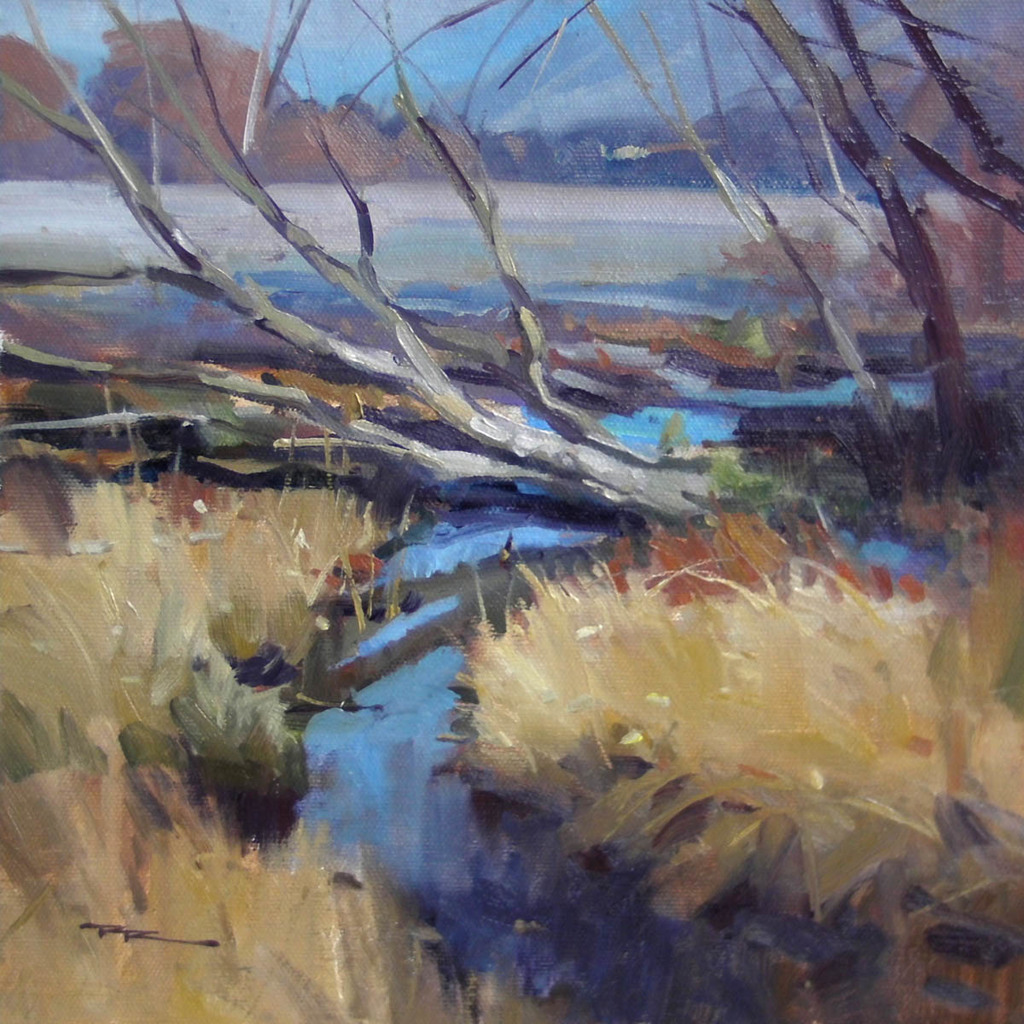 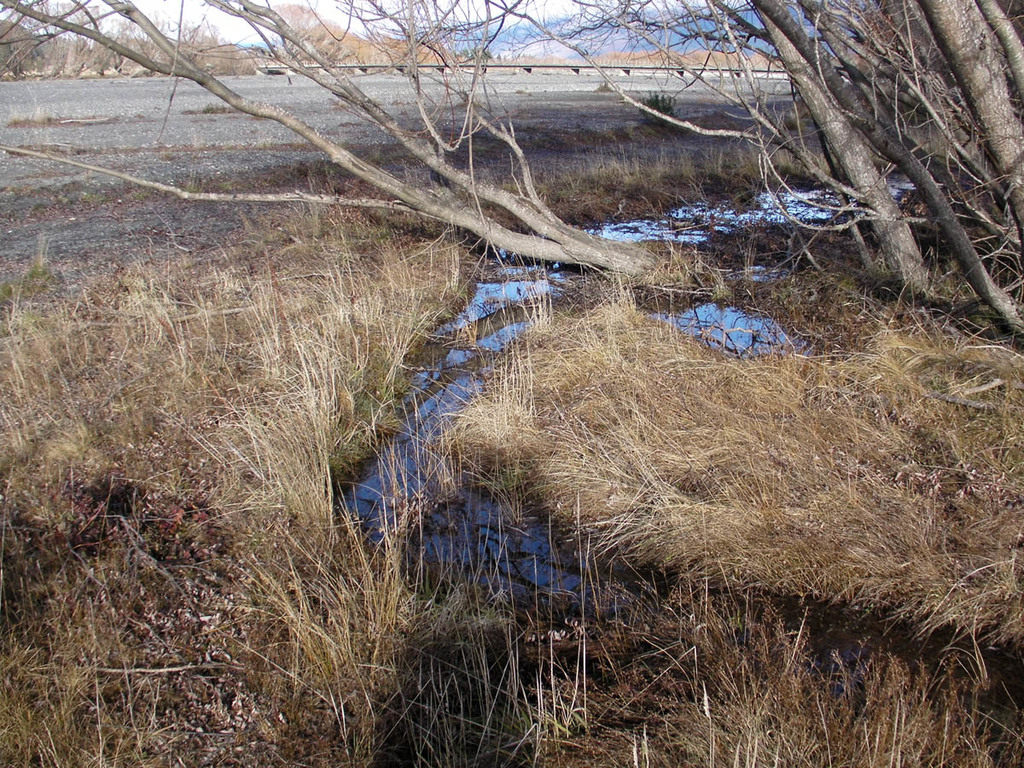 Back again to the beautiful South Island of New Zealand with my good friend John Crump. This first day's…

I just want to thank for all the lovely comments that I have been receiving from members of the The Complete Artist, It is really encouraging and really lifts my spirit.  Thank you guys...Steinunn :)

Congratulations on starting the Plein Air Convention in Las Vegas last April.  I happen to be a subscriber to this wonderful the magazine.

How to add the gamut mask to your work, Revised - Inspired by Aurelia who asked the question

1. To copy the picture of the gamut mask, first click on the window to assure it is active, then press the ALT key and also the "PrtScn" (print screen) tab at the same time, then release both keys.  The PrtScn is located at the top right hand side of your keyboard.

2. Next, open the application where you would like to paste the image.  I used Microsoft Word in this example.

3. Paste the image by pressing the Control Key and the V key at the… 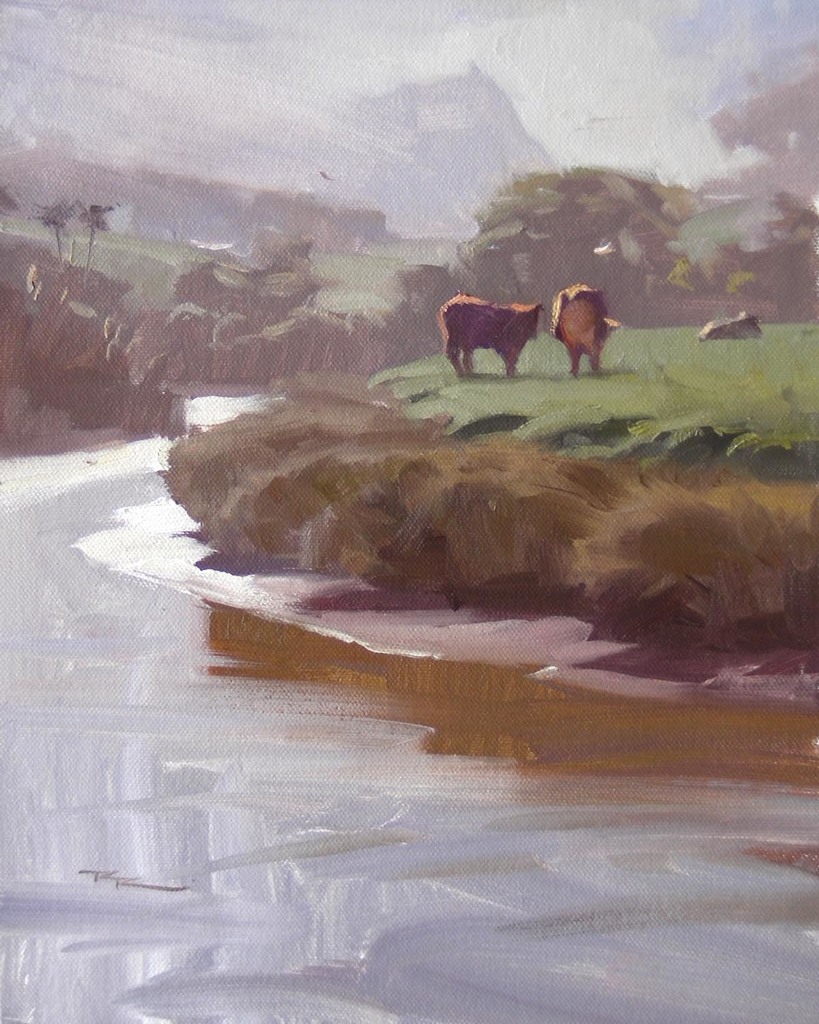 Got out painting again this morning in the crisp winter air and painted this, one of my favorite local scenes just 5 minutes drive from my house. In the background is our…

How to photograph your art work

Chris Warner shows you step by step how to photograph your art work, using both professional and economy light setups.
The professional set up is using two lights of equal bulb wattage and the economy setup uses two light sources of different bulb wattage.
The following is the tip for economy setup.He suggests that when using two light sources that are unequal in bulb wattage, the tip is to use a pencil which will reflect two different tonal value shadows on the…

I'm wondering if anyone else is going to Hawaii workshop/retreat. Especially someone from the west coast of Canada. I'm checking out flights so wondering what others have found.

What complement should you choose?

Ever have trouble figuring the complement color you should use to create color harmony in your paintings Here is a simple solution.

I painted this piece of yellowish orange cloth and wanted to know what would work best in the shadows of the folds. So I painted a swatch of that color on a piece of matt board and placed a black dot in the center. Next to the swatch I placed a black dot.

I  am currently working on a large portrait of a family of 4 on canvas size 24 x 36"      Unfortunately, I have never met the subjects....they are friends of my Uncle and he wanted me to paint a portrait of them to be a Christmas gift this year.    The photo I have, I enlarged to an 8 x 10. Although it is clear, it is still hard for me to make them come "alive" per say.  They are siting on a large rock next to a beach with huge boulders and rocks behind them.    My problem is that the…

Forgot to put in my payments for the Ashburton Society of Arts entry and no late ones so I don't have that pressure,  Just trying to become an on-line worker.  Much fun.